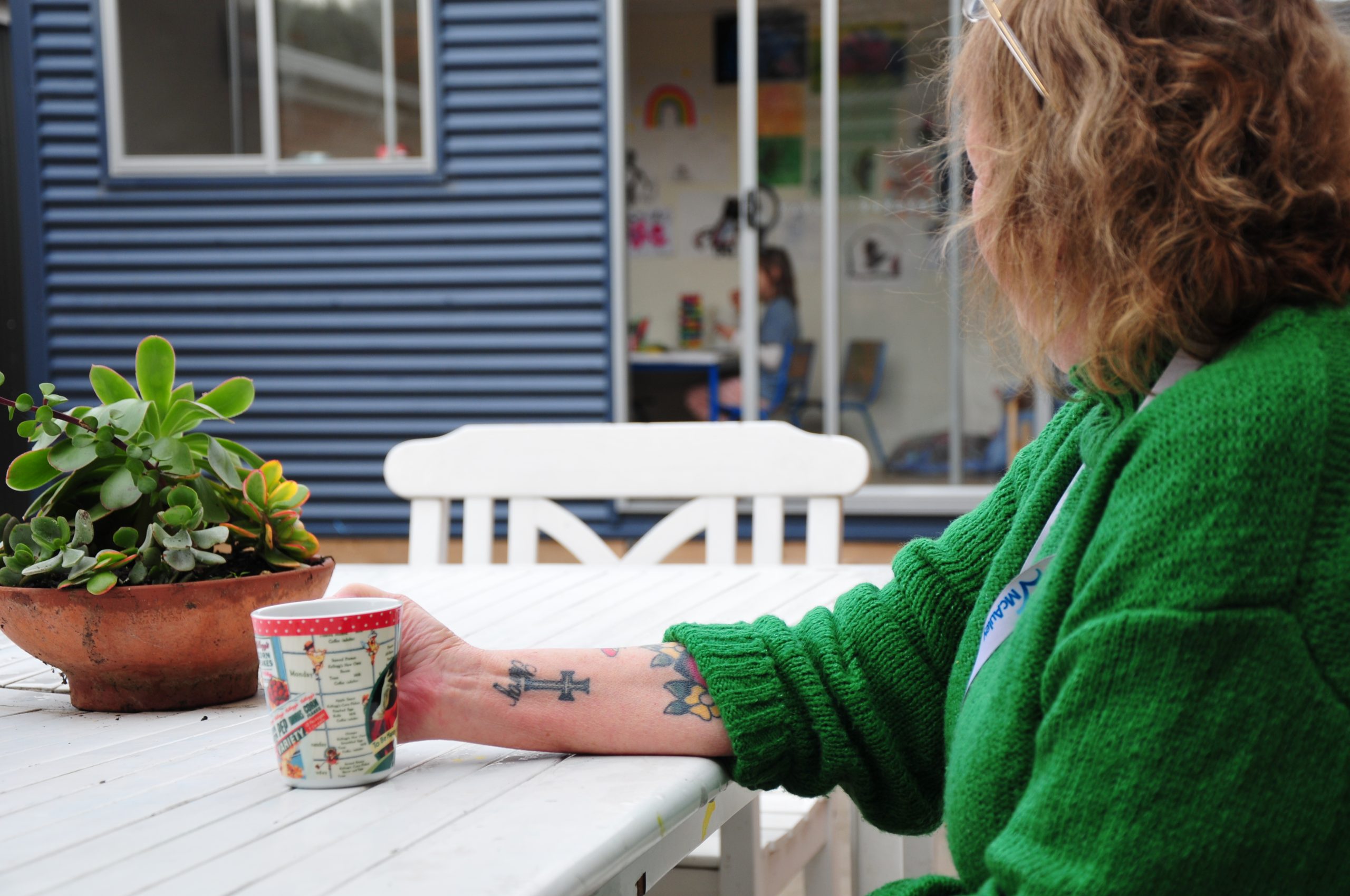 There are many heartbreaking ways that people disconnect, but also many combinations of moments that help them find their way back to themselves, and then others. After almost 20 years working in family violence crisis support, Evelyn* is assured that change can begin within a few trusted conversations.

Women, often with children, arrive at family violence crisis accommodation impacted by weeks or years of abuse. When Evelyn began, they stayed just one night.  Now it is a few days, weeks or months, and she sees a difference when they leave.

‘They come in crying and upset and not really wanting to talk,’ she says. ‘Two days in and you see a change; they’re talking more and communicating with other women.  They’re completely turned around by the time they leave because they know … about family violence and the law.’

‘It’s especially true for those who’ve come from other countries who’ve been downtrodden by being told “You couldn’t survive without me; no-one will help you here; I’ll take your passport off you”. So you sit there and tell them, “No, that won’t happen”.

‘You see more strength when you tell them what’s really happening.  I don’t know how to describe that, but that has been the best part of it sometimes, to see the change in the women, emotionally too.’

Evelyn began volunteering at a Mercy Care crisis service in a house in Melbourne’s West in 2003.  Employed soon afterwards, she has been supporting women in the service (now known as McAuley Care) ever since.

Her story includes experiences of abandonment, family abuse and a partner with addiction, and it has had a unique influence on her.

‘When women talked to me, saying “You don’t understand”, I’d say, “You’d be surprised”,’ she says. ‘I never divulged my story, but they were telling my story, so I always used to say I understood them and not to think that I didn’t.’

As a child, Evelyn and her sister spent time in a girls‘ home, feeling like they had done something awfully wrong to have been left there.  Their father was wanted by police for abuse, and the girls hadn’t had a safe childhood, but they held hopes that their mother would return for them.

When the day came, Evelyn found herself unwilling to go, making an independent decision that would leave her without parents, but revealing a raw understanding that she wanted something different.

She lived her life without attachments until meeting Rob*.  ‘When I got pregnant, it was the same old cliché – it was someone for me to love, a different kind of love,’ she says.  In the years that followed, she protected her son from exposure to violence as best she could.

‘I had no mother figure, and the only thing that kept me with Rob – was that I liked his mother,’ she says of those years.

The couple split three weeks after the birth of their second child, a daughter, with Rob continuing to be aggressive and to battle addiction in the years that followed.

‘I didn’t talk to my kids about what was happening,’ Evelyn says of how she protected her children. ‘I didn’t say anything against their father; I just kept it to myself and sometimes I’d just sit there and cry but they never saw, because I didn’t want them to go through what I was going through.

‘When he was gone, I changed the locks and wouldn’t let him in when he came to the front door.  But it was the stalking afterwards that I couldn’t handle; he would be at the supermarket and sing out to my daughter and she’d run over to him.  Then I’d be forced to get into the car with him to protect her.’

When you see the understanding Evelyn brings to those impacted by trauma, you might think she has always known what to say and do because of empathy, and perhaps her studies in community services and aged care.

But she’ll tell you that she did not develop people skills until she began working under the supervision of two Sisters of Mercy, Angela Reed and Carole Carmody, in Mercy Care, taking care of women’s needs, answering phones and preparing rooms.

‘My life changed at that time. Meeting the Sisters of Mercy, seeing the women and hearing the stories was very confronting because the women were telling my story. There was a lot of family violence in my life but I didn’t know it was family violence; I had other names for it.

‘It made a big difference to me,’ she says. ‘It made me open up. It made me look at my life, and every step of the way I had the Sisters of Mercy guiding me through everything.  They sent me to so much training and they were the ones who encouraged me to be me, to get the best out of me.’

The ‘strength, courage and values’ of Catherine McAuley – the founder of the Sisters of Mercy – continue to inspire Evelyn in her work, as well as the compassion and sense of community still practiced by the Sisters.

Over the almost twenty years, she has seen many changes. From stays limited to one night and conversations occurring often on steps where women chose to have cups of tea or read to their children, the sector shifted to more formalised approaches, with caseworkers, regulation and frameworks.

The innovation of McAuley House (in Melbourne’s West and Ballarat) where women can reside longer term and the expansion of McAuley’s programs to encompass health, mental health, financial, legal and employment support have also been significant developments.

‘A lot of (women from McAuley Care) have been to McAuley House and when I go there, they sing out to me and it makes me really happy inside that I can see the future that’s there for them,’ Evelyn says.

A tradition that Evelyn initiated, was the creation of visitor books that women and, separately, children are invited to contribute to before they leave. Sometimes they share something personal, or offer drawings, and some choose to thank staff.

Frequently, new arrivals will spend time looking over other entries, beginning the conversation of change as they reference those who’ve come before them.

‘One day at a time’ is a mantra Evelyn often includes in her conversations with the women. While crisis care is short term, its value is in providing a good beginning, she explains.

‘It’s hope, it’s strength, it’s giving them back values in how they’re treated, and it’s just giving them reassurance that things will change.’

*Not their real names