‘I feel free to be me’: a story of revival - McAuley Community Services for Women
Featured Stories 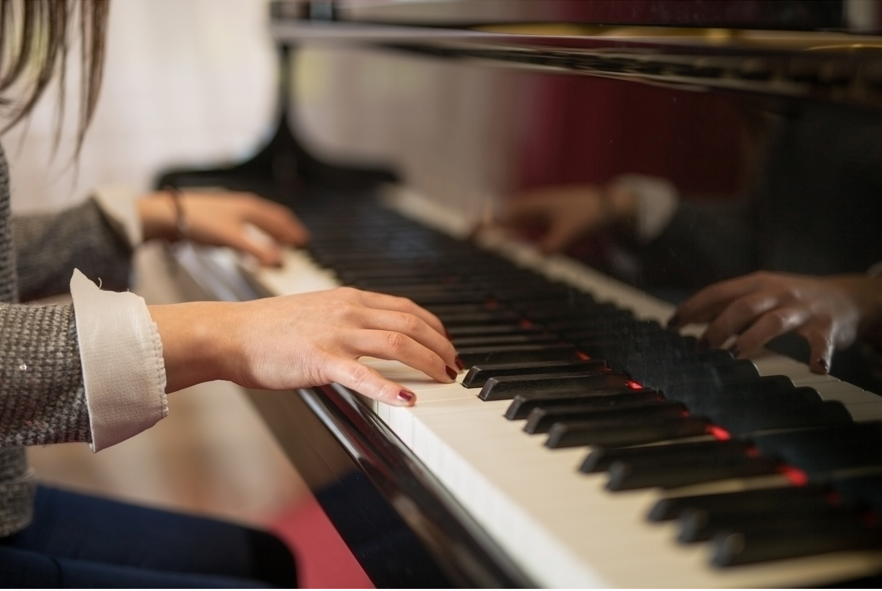 From the doorway, ‘Ruby’ saw the women in the kitchen.  They were dressed informally, with their heads uncovered, because notice was always given when men might be visiting McAuley House.

Ruby froze.  She felt the women might be of Muslim faith, and that their first reaction toward her could be devastating. As she feared, their eyes ‘went wide’ and they moved swiftly to cover up.

And then they took the time to look at Ruby again.  They could not have seen her whole story – the pain of family rejection, a brutal assault by vigilantes targeting transgender and gay people, or years on the street – but they might have seen the shadows of it in her eyes.

Slowly the women removed their headscarfs and in that moment, Ruby began to heal.

‘The first time I could have a conversation with (my mother), I was telling her I don’t understand what these things are with gender – male, female and you have to act this way or that way,’ she recalls. As a kindergarten child, she was told that boys behaved a certain way and that ‘you have to be all fighting and muscles and get what you want’.

‘I felt that this wasn’t right, and I told my mum that I’m more like a woman,’ Ruby says, only to be told conclusively: ‘You can’t have children, and this will never happen.’

‘People at that time in my country had a very traditional and paternalistic mindset … Men are supposed to go and find jobs and women are expected to stay home and have babies – that’s their role and there’s nothing else,’ she explains.  ‘Men aren’t allowed to show emotions, even if there’s pain.

‘Kids when they grow up in this situation would think it was the norm and most would follow that mindset … but going around picking fights (because) it was expected of me, that’s not the way I do things; I talk to people, and talk about their feelings.’

Ruby’s story is a brutal one that is told with disquieting calm.  Softly spoken and candid, she reveals a stoicism that helped her survive years on Melbourne’s streets before finding her way to McAuley where she says she was able to rebuild her self esteem and the foundations of a better future.

Within Ruby’s family there had been generational violence that she accounts for as a response to the pressure of escaping communist rule and starvation, only to find themselves in an unstable country.

‘My mother used to say, “I hit you to teach you and I scold you because I love you’’ and they always used this against me and looked at it as a part of life,’ she says.

Though her siblings didn’t escape the violence – which at one point saw her head forced into a toilet – it was relentless for Ruby, continuing into her adult life as her parents mapped out her future as a husband.

‘I felt like people would pick fights with me to get physical … hit me on the head and call me a dumb fool – even my own father,’ she says. ‘If someone does that within your family, it’s like a scar forever.’

One night she had been eating out with queer friends when they were brutally set upon by a mob ‘acting like vigilantes taking out the rubbish of society’.

Nightmares from that time persist – of the assault and the 52-stitch surgery afterwards. But so does the pride in her business that she felt forced to close, and in how she paid off every debt incurred in establishing it before leaving the country.

Ruby arrived in Australia on a student visa.  Her brother was living in Melbourne and earning enough to help out with accommodation, but he would be no comfort to her.

‘He was extremely explosive and scary to be around,’ Ruby recalls. ‘I feared for my safety, because I can’t hit my brother, so I just let him knock me unconscious.’

On cutting ties with her family, she was forced to live on the streets, tying her bags to her ankles when she slept and learning other survival tips from those who, ‘for the most part’, treated her like a lady.

Public libraries became her new hangout, enabling her to continue her studies, and she encouraged others who were homeless to find respite in them.

‘I think I would have been dead if I didn’t have skills to stay alive and be resourceful and resilient,’ she says matter-of-factly.

In 2019, crisis services became involved, and short-term housing provided.  Then, as Melbourne entered its second COVID-19 lockdown in mid 2020, Ruby was referred to McAuley.

‘I was slightly better than I was when I went to crisis (care),’ she says. ‘I went there being deluded and in a state of madness; I wasn’t violent … but I was always upset and I didn’t know what to do because I felt extremely stressed.’

The referral to McAuley didn’t ease Ruby’s mind.  ‘I was so full of anxiety,’ she explains, ‘and I thought how are they going to look at me – as a person or as a gender?  What if they don’t accept me as I am?  I know some people are religious and they might consider me a sin.

‘In the first two months, I just hid in my room, just going out for dinner.  Some of the residents started noticing me and they kept coming to knock on my door (saying) “You need to get up; don’t be lazy; let’s go for a walk or lunch”.

‘I didn’t want to be rude. I started interacting with the women and word spread that I was good with technology and scientific.  They were accepting of me, so I felt included; I felt like I was no longer living in a shell and no-one’s judging me.’

With emotion, Ruby described the moment in the kitchen where headscarves were removed in her presence, saying: ‘That’s validating for me; it’s an endorsement and it’s respect.’

Ruby has found comfort at McAuley House, playing the piano, using the computers, and accessing supports, including a residential nurse, and employment coach.  Spending time with other residents has brought her particular pleasure. ‘They recognised my gifts and talents and told me I’m more capable of things than I thought I was,’ she says.

‘They saw my empathy, computer and communication skills and my caring approach in making people feel included and safe and they told me that those skills could benefit others.  I have neglected to see those things in myself because my family didn’t see them as important.’

Through McAuley Works, Ruby has now secured a placement with a community service.  Hurrying in her lunch hour some weeks later, she returns a call to update her story, chatting jovially as she finds her way to a computer.

The role has allowed her to demonstrate her ability to solve issues, she reports, and there has been positive feedback.  The conversation is animated with a rush of belief that employment could be imminent, and her goal of becoming a policy maker supporting wellbeing in the queer community, a realistic one.

While describing herself as someone with ‘high survivability’, she said in an earlier reflection that it is the confidence and access to resources that McAuley has given her that will ensure her financial security and an independent life.

‘I think having prospects is about having a set of skills and attributes that are sought after, and that guarantees a life that’s good.’

Behind the scenes, her caseworker successfully took on the process of changing Ruby’s gender marker – something that would not have been possible in her birth country – so that Australian systems recognise she is a woman.

‘In Melbourne, I feel free to be me,’ Ruby says, acknowledging the support. ‘I think because most of our needs are met (at McAuley), we don’t have to worry about a roof, starvation, being able to wash and use a toilet, and we can work on other things …

‘It’s very important to make that step to come forward and that’s where caseworkers are so important; they find out about some skills and ask what I want to achieve, so it’s a self-directed healing process.

‘It’s the consistency of staff in getting the message across to women: “You are not pushovers; you don’t deserve to be abused; we are always here; we are not going to push services in your face but they are going to be here when you’re ready”.

Learn more about our homelessness work

How Beth broke a cycle of homelessness