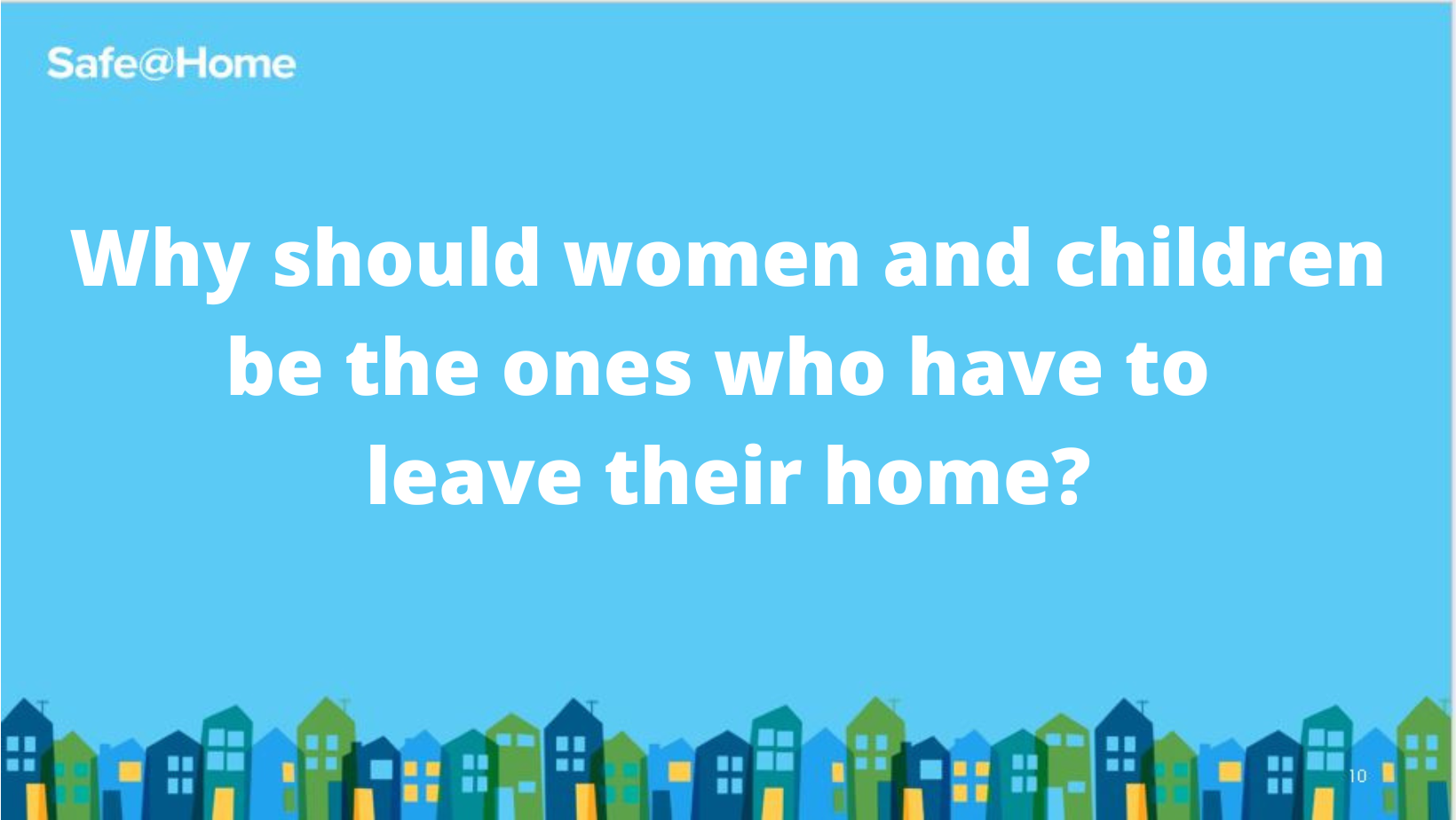 Concern about the elevated risk of homelessness and poverty for those fleeing family violence is behind the growth of a new knowledge bank on the viability of victim-survivors remaining in their homes.

Since the beginning of 2021, McAuley has been leading a project to learn more about an approach known as ‘Safe at Home’.  It is predicated on the notion that those who use family violence must be the ones to leave, allowing women and children to stay in their homes if they choose to.

The project has been motivated by the alarming number of victim-survivors facing homelessness.  It remains stubbornly high despite recognition by the Victorian Royal Commission into Family Violence in 2016 that ‘homelessness and housing systems cannot guarantee a safe place to stay or a permanent home that is affordable’.

Rough sleeping, couch surfing and relying on friends for a roof over their heads is still a real risk for those fleeing their homes, with 30,921 women and 14,763 children under 18 becoming clients of homelessness services in Victoria in 2020-2021.

One woman who was supported by McAuley had previously been forced to move her family seven times in two years.  Megan* described how she had fled violence with her son, who was in his final year of school, with little more than the clothes they were wearing.  After several weeks of living in her car, she had been forced to enlist the help of police to retrieve her son’s school uniform and essential medications and a feeding tube that she needed following her battle with cancer.

As her husband emptied out their joint bank account, she had relied on a powerpoint at McDonalds to hook up her feeding equipment and charge her phone. To get a roof over their heads, her daughter quit university and joined her brother in work, but financial and legal problems relating to the violence meant security was elusive.

Nationally, the report The Choice: Violence or Poverty shows that a majority of victim survivors abandon property and assets when they flee, while a significant number of single mothers go on to experience a ‘catastrophic’ decline in income.

For many who leave their homes, connections with schools, community, employment and friendship groups are irrevocably broken, impacting on their wellbeing and ability to find stability.

Megan described her situation as like being ‘in quicksand, with no way out’.

But despite the fear of what might follow leaving, McAuley’s consultations with victim-survivors have shown us that some women would not consider staying in a home where they have experienced abuse, at an address known to the perpetrator, regardless of any safety initiatives in place.

Drawing on sector expertise, McAuley established a Working Group to look at all the issues. It included police, courts, legal services, university researchers, men’s services and representatives from Family Safety Victoria, the organisation leading the implementation of many of the Victorian Government’s family violence reforms.

The Group has met regularly, sharing experiences and research, examining barriers to the approach, looking at solutions and building collective knowledge.

We know that other countries, such as Austria and the UK, have established Safe at Home approaches. In some Australian states, steps have also been taken towards the approach, with NSW offering a Staying Home Leaving Violence program and Tasmania delivering a Keeping Women Safe in Their Homes Program.

Six years ago, the Royal Commission recommended a ‘substantial expansion of Safe at Home programs’ through Victoria and noted that evaluations of Safe at Home measures that suggested success involved a combination of technologies, case management and support services and were backed up by effective risk assessment and justice responses.

The Framework, offering best practice principles for planning and delivery across different jurisdictions and service sectors, was developed following a comprehensive national audit of Safe at Home responses that has not yet been released.

In Victoria, the response has been limited to a Personal Safety Initiative, offering victim-survivors home security systems with monitoring apps, as part of Family Violence Flexible Support Packages.

For Safe at Home to be developed as a viable alternative, services need to work closely together to help victim-survivors remain in the existing house if they choose to – taking a coordinated, multi-agency approach.  And they will need to be able to consider all the issues that could prevent it as an option, such as legal problems and debt.

It is encouraging that the State Government has recently prioritised research into best-practice responses in Victoria in a recent round of grants.

As this research is conducted, the Working Group will continue to build its knowledge, and to provide expertise where it is most useful to progress consideration of a Safe at Home approach in Victoria.