Paying it forward sets the wheels in motion for Meena 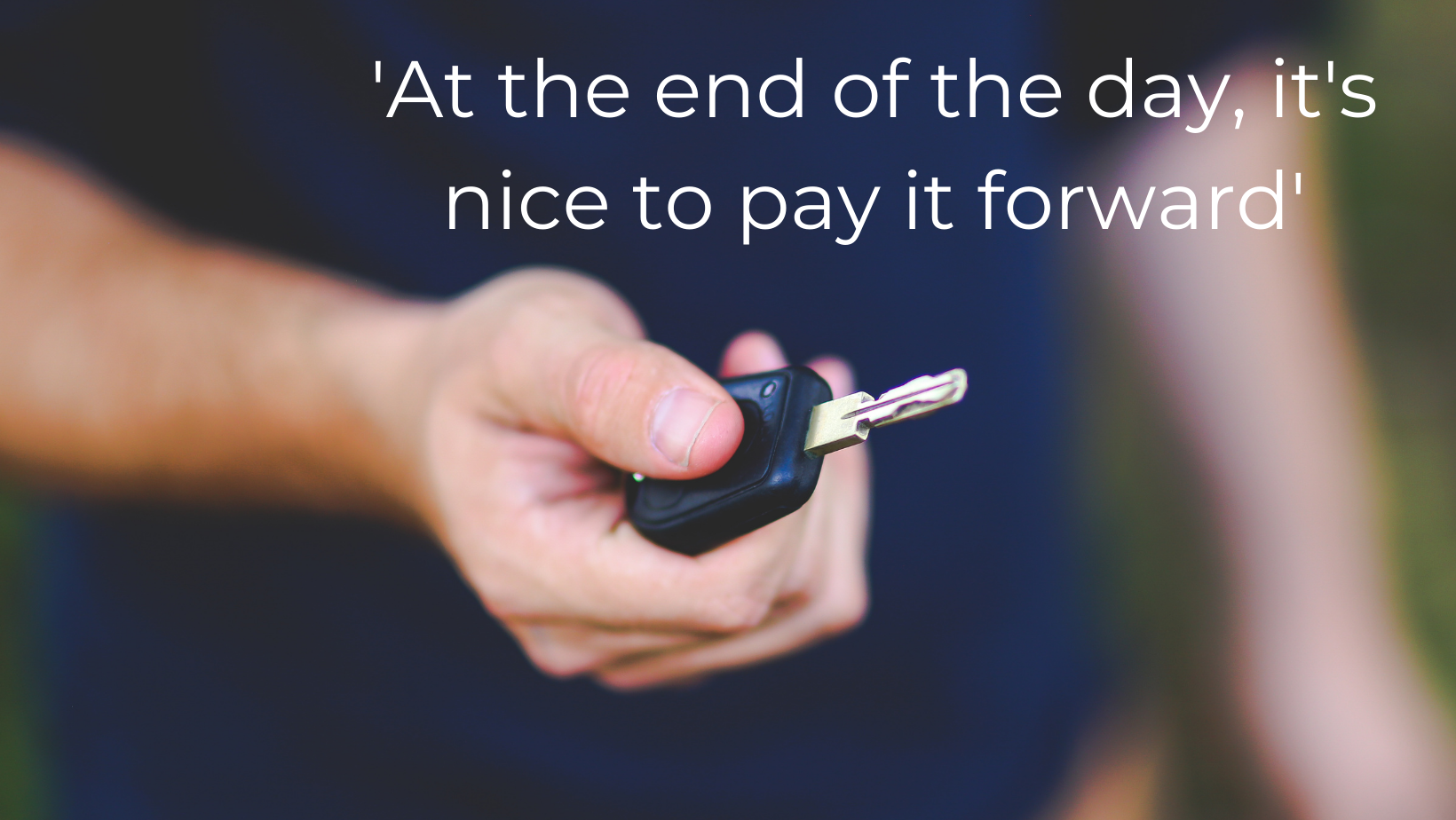 When Meena* told her four children that they were going shopping, the toddler would lie flat on the floor and refuse to go.

Without a car, the children all knew they would be lugging shopping bags home, and the youngest might end up with a few on his lap in the pram. The shops were a 20-minute walk away, but Meena would tell her case worker that coming home felt like it took a year!

Meena is doing much better since escaping a violent partner and being taken into crisis care at a McAuley Community Services for Women refuge several years ago.

Now in transitional housing with her children settled at school, she is grateful for the support she has received and confident in pursuing the things she believes can continue to make a difference.

So once she decided that a car was essential to running the children around and setting her up for a return to work, she committed almost $200 a week of her limited income to hiring one.

Knowing the sacrifices the family was making to maintain those payments, Meena’s caseworker at McAuley sought to ease the burden.

‘The problems of family violence don’t end when the perpetrator is off the scene,’ her caseworker said.  ‘Women who have suffered that way have to work really hard to rebuild their lives and the lives of their children, often while they are in constant fear and dealing with ongoing anxiety and depression.

‘As well as being incredibly useful, having a car is likely to increase her sense of stability and safety.’

After months of being told by government agencies that they could not fund a car because the risk to Meena’s family of violence was now considered too low to prioritise, the caseworker was stunned to hear some extraordinary news.

‘When a couple contacted McAuley and offered to donate a car, I saw her name all over it,’ she said.

‘Meena was ecstatic, saying it was life-changing. It was a very emotional day for her the first day she drove her children to their different schools and they kept asking would they have to give the car back.’

The donor couple have firmly ruled that out!

Matt* said: ‘My partner and I are thrilled that the car has gone to someone who will get such good use out of it.

‘We’ve known McAuley for a long time and with everything  that’s gone on over the past year, we’re all more aware of family violence and abuse, so we wanted to support people and we’re lucky enough to be in a position to do that,’ he said.

The car is in good condition with plenty of life left in it, but Matt and his partner saw more value in donating it than selling it.

‘What we could have sold it for would have had far less of an impact on us, than it will have for someone else who has been dealing with some really hard things.

*Meena and Matt are not the real names of the people in this article who wished to remain anonymous.