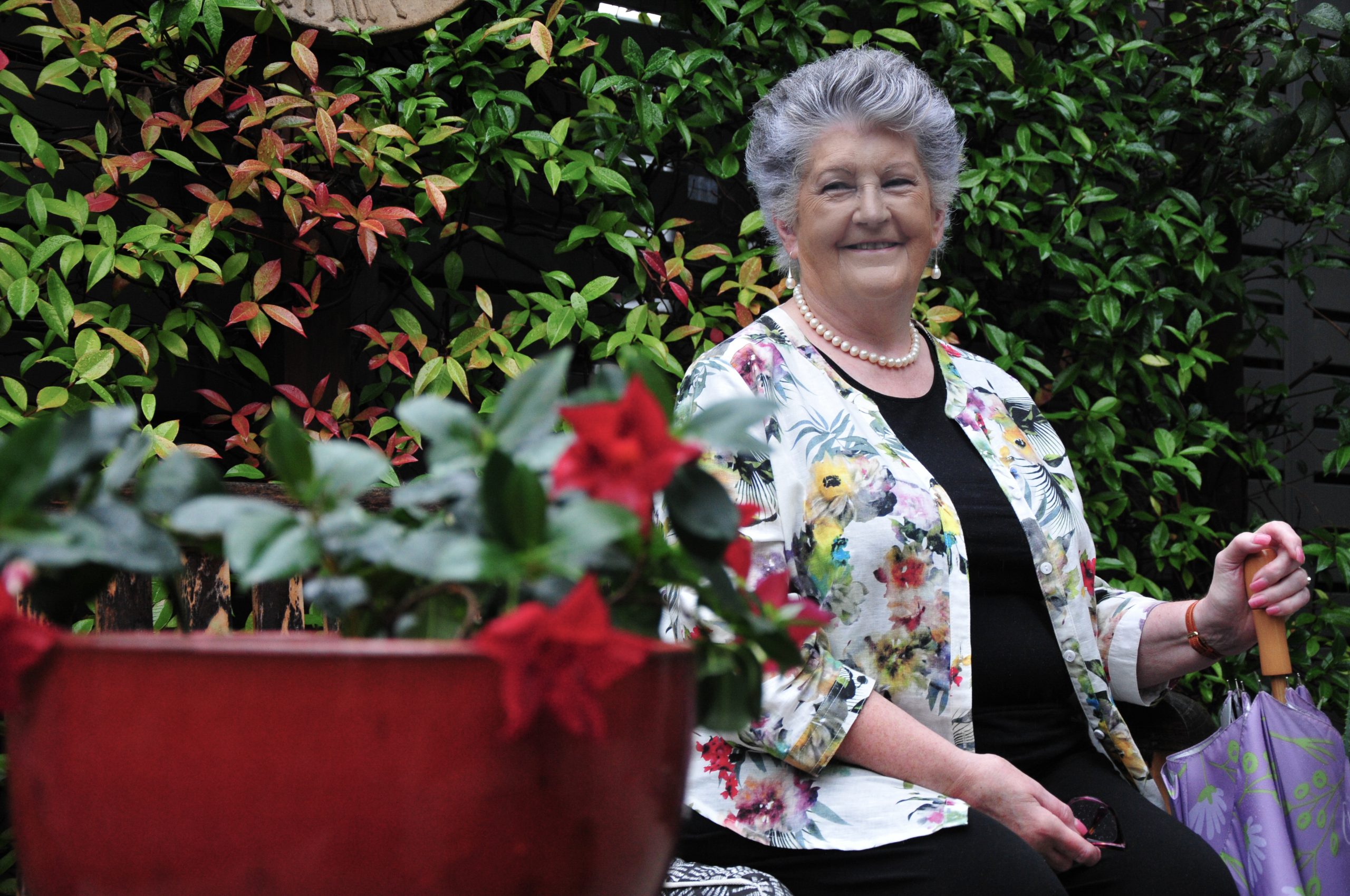 It’s not unusual to hear someone who has retired from a hectic working life say the thing they like most about their new lifestyle is ‘freedom’.

For Mary Sullivan, a former theatre nurse and carer, choosing what she did with her new freedom was always going to include giving back in some way.  Her parents were always big on that, she says, with various social services regularly benefiting from the sale of raffle tickets – ‘at least a million over my mother’s lifetime’.

In hospitals, Mary worked with stringent procedures under harsh surgical lights for much of her day.  Even if it was rarely expressed, the pressure of knowing how costly a distraction might be to a patient’s care was ever present.

‘When the pressure hit, it was like a train coming at me,’ she recalls.  It was also hard to see women who had been treated for breast cancer return, but there was always a circle of empathy.

‘I felt like it was women looking after women, (with nurses) knowing that the patients were thinking they’ve got a job to do – raising their children – and they’re worried that they can’t do it.’

Mary is a long-time volunteer at McAuley House, Footscray, recently returned after a break mandated by COVID lockdowns.  Like the residents there who are supported in their recovery from the trauma of homelessness and family violence, she has become part of a community with the common goal of looking forward.

She was introduced to it by her cousin, Sister Maureen, a Sister of Mercy who has been supporting women at McAuley since it was formed in 2008.  Following a request to volunteer at the newly opened McAuley House, Mary became involved in the creation of the courtyard garden in 2016.

‘For someone spending all my time indoors, being outdoors was lovely,’ she said about the role. ‘I like that I can work independently and move around, and I get enormous satisfaction out of creating something beautiful.

In the courtyard garden now, a wall of leaves is starting to change colour – from a deep green to bursts of red – and a smile on a ceramic sundial hung there looks over a central tree, wooden benches and two friends settled into comfy chairs under shelter, where they can look out over the garden through the light rain.

Volunteer Coordinator Kirsty Manning says the work Mary did before COVID and continues to do when it’s possible, has ongoing benefits for residents of McAuley House.

‘We can all recognise that that garden space is a therapeutic and sensory environment that can be condusive to wellbeing,’ Kirsty says, adding that the rooftop garden where edible plants are grown is also a source of learning.

‘Mary has added to that by showing new residents around with guided tours that are really welcoming and inclusive, and when women leave, she often gives them a plant to take with them, so the garden is there throughout their journey.’

While volunteer organisations are concerned about the number of volunteers who have not returned following lockdowns, Kirsty says McAuley has been lucky to have more than half of those involved previously, indicate they are happy to come back.

‘That speaks volumes about their connections with McAuley in terms of aligning with their values and finding the work they’ve done before COVID meaningful,’ Kirsty says.  ‘When their roles may not have resumed, we found our volunteers were willing to help out when they were needed and we’re really grateful for that.’

Mary is a devotee of rejuvenation and looks across the various gardens at McAuley House with a planner’s eye.  In a pocket garden with colourful deck chairs, she checks on the health of the yellow Catherine McAuley rose and then turns to a Jacaranda tree on the street frontage.

It was supposed to have a canopy that could be seen from the windows of the second storey by now, she laments.  While disappointed at the lack of growth during lockdown, she is encouraged by signs of new growth.

‘That’s the thing about gardening,’ she says. ‘It always revives; give it food and water and it will come back.’

If you’re interested in volunteering with McAuley, you can learn more  here or contact our volunteer coordinator directly at kirstym@mcauley.org.au

‘A force for good’

Real connections through our UHG partnership

Our partnership with Unified Health Group (UHG) is reaping great rewards for the women and...

Our submission to Victoria’s Royal Commission into Mental Health

The experiences of family violence, homelessness and trauma can have devastating consequences...

Employment is a pathway out of family violence: our submission

There are countless immediate, and longer-term, benefits for the community when women...

Financial abuse is common in violent relationships, and can hold women back from leaving and establishing new lives.

The WEstjustice community legal service has achieved amazing outcomes in working with women to...

Children give our education program a big thumbs up

We've had some rave reviews for our tutoring program - from the kids themselves.

It’s a common enough workplace event – sharing a birthday cake with office colleagues, but it signified something more for Amrita.

‘In my first meetings with her she was still in a state of fear and anguish. She’d lived in...

Natalie: ‘now I never have to leave’

A journey from mental illness and homelessness to a new life

Now living in permanent housing in Footscray, Natalie has a sense of optimism about her future.

McAuley Works in the news

A job can be the key to new futures for women in violent relationships.

Employment has a positive impact on women’s self esteem, our CEO Jocelyn Bignold OAM said in a...