A mother finds her way after years of coercion, trauma and debt - McAuley Community Services for Women
News 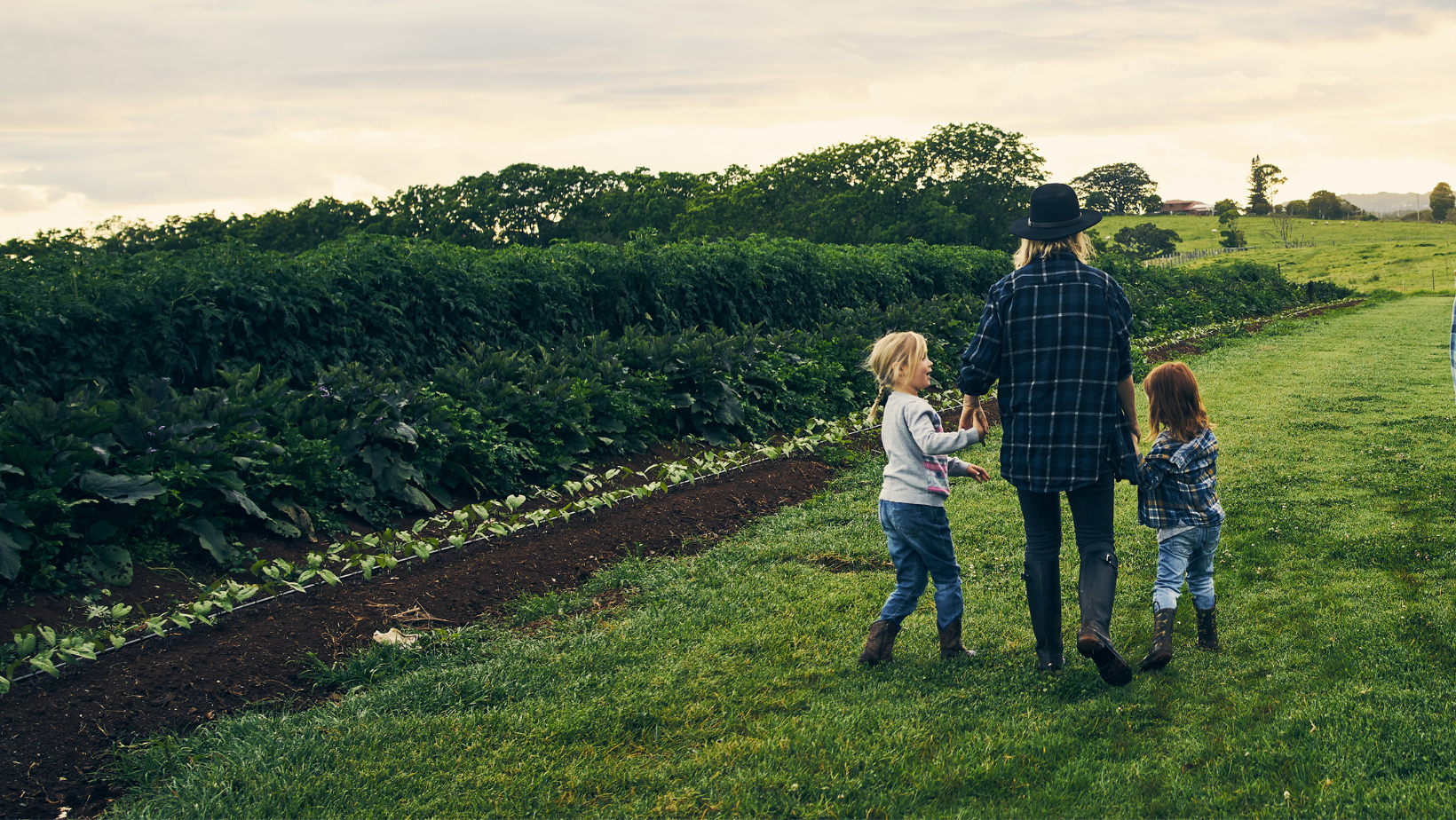 When her youngest was just one, and her eldest was becoming a focus of his father’s aggression, Sarah* gathered her children and headed for a train station.

‘I just jumped on a train with the kids, not knowing where we were going,’ she says, recalling that her only concern at the time was to put ‘a safe distance’ between them and their father.  It would take almost five hours before she’d step off the train in another regional town, exhausted and staring down a new life as a single parent with no work.

Fifteen years later, Sarah would dissolve thinking about how the actions she had taken to keep herself and her children free from abuse had left her with overwhelming debts.

‘I was sitting in the office of a financial counsellor and I just couldn’t talk,’ she says. ‘I was just a mess and had been like that for years.  It just affected me. I had been by myself for so long and was under enormous pressure and stress.’

In the early years of her relationship, (before children) Sarah’s income would go towards the running of the house and farming expenses. To get to work, she would ride a bicycle half an hour to the station (in all weather), spend an hour on a train to the city, and a half an hour on the tram to her workplace, then repeat it all for the trip home.

Her own car was sold to help pay for farm machinery. Sometimes she’d walk vast distances, only to find her partner, who had primary use of the couple’s remaining vehicle, was at the house and could have driven her or lent her the car.

After trying for a while to grow their family, Sarah left her job to nurture a second pregnancy. ‘I still had visions of a happy life for my family,’ she says.  ‘I had healthy children, a man I loved and lived in a beautiful area; I thought my children would have a happy life.’

The transport situation became more frustrating when her partner would take the car to work just minutes away, leaving her to travel by train each weekday to the next town where one child was going to school, or riding a bicycle on the bumpy, corrugated dirt road, heavily pregnant.

‘It was not like all the physical stuff you see, not the bruises and horrible stories you hear,’ Sarah says of how the relationship continued to deteriorate.

‘It was constant humiliating, demeaning, shaming and being blamed for anything and everything.  One time a neighbour complained about our dog barking, so he shot the dog and said it was my fault for not walking him more.’

‘It was financial and psychological abuse, and pushing sometimes … He’d started to get aggressive with my older son; you could see it slowly progressing with him. (My partner) always had a bad temper, and when he pushed my son, I thought “we’ve just got to go”.’

The family settled into a small, rented unit in the new town, and found a primary school, eventually accessing support from a local child and family service.

When their father visited the house they were renting, he insisted that the home was not good enough for his children. He bought another property and moved the family in, requiring Sarah to pay rent, and visiting on weekends.  She received no child maintenance and there would be no property settlement for years.

Eventually he moved closer to the family, his aggressive and controlling behaviour becoming more intrusive as the children grew older, and taking its toll on Sarah, who was working long hours.

‘Sometimes I’d get home and find him in the house, or I’d get a call from the kids, saying he was there and the younger ones would be hiding. Other times, their dad would turn up and they’d run down the paddock and hide,’ Sarah recalls. ‘Then the situation escalated and I went to the Police Station, where they supported me to get an Intervention Order.

‘When he was going for custody of the children, he rang up (various) services and told them he wanted me assessed (as an unfit mother) but they didn’t take it any further. He rang up the Mental Health Service at the local hospital and told them, and the children, outrageous lies.’

Sarah says she has been lucky to have been connected to support services over the years, but admits she has only ever sought them out when she has been close to the edge because she always felt there were others in greater need than she was.

With debts of more than $45,000, including solicitors fees, overdue rates and household bills, she wishes there had been more information about assistance so she could have pursued a property settlement earlier, and laments that her ability to earn an income has been impaired for so long because of her trauma.

She had to leave the first job she had because of potentially triggering confrontations, she explains: ‘There was a colleague who was quite abrupt and said things to me that she said to other people too but I felt she was aggressive and I know that other people didn’t feel that way because I was more reactive to people’s behavior and aggression and was constantly tense, waiting for the next confrontation.’

After two years, she was able to secure another job but had to leave it, with efforts by her partner to win custody derailing her ability to focus on anything else.  A referral to McAuley Works – an employment program that supports women who have experienced family violence, has been a turning point.

‘When I first got connected with (my employment coach) there was that constant reinforcement from her that I was worth putting the effort into and I could contribute to something,’ Sarah says.  ‘She paid for a course and a laptop for home, otherwise I wouldn’t have been able to do it.

‘(My employment coach) always reinforces for me that I should go at my own pace. When I was with other employment agencies, you had to show you’d applied for so many positions, but with her it was about me – it wasn’t about having to get me off the books.’

Sarah now works as an administrative assistant with a community pathways agency.  She enjoys hearing ‘stories from the field’ about workplace learning and courses that set young people up for a positive future.  She loves being around colleagues who are ‘respectful, motivated and oozing with enthusiasm’ – and who understand why someone might need them to be all of that.

‘I feel safe here at work,’ she says. ‘I’m so lucky to have got this role, with this amazing Executive Officer  … who  knows why I’m here.  As good as working is, I have had hurdles and without the ongoing support of my Employment Coach I would not have managed to keep this role.’

While there are still challenges ahead, there is also a sense that resilience is building, and a little light is getting in for Sarah, who shares: ‘I feel like I’m living and I can’t remember the last time I felt like that.’

*Not her real name or image

A safe space for healing and empowerment